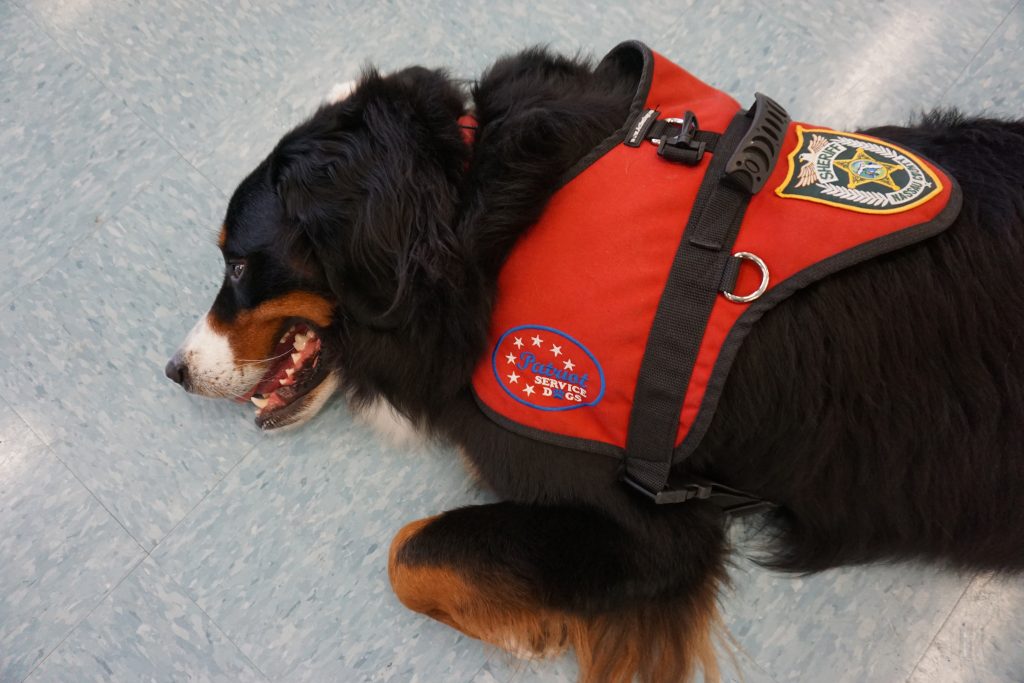 As Patriot Service Dogs CEO, Julie Sanderson, said at the beginning of Tank’s graduation ceremony, “We’ve been training service dogs since 2009 and have placed close to fifty dogs in that time. We’ve been partnered with Department of Corrections since 2011 and have worked with countless inmate-trainers since then. But in all that time, there has been only one Tank.” This week, the PSD community, the women of WOOF, Shamrock Animal Hospital, representatives from Lowell Correctional Facility, and two sheriff’s deputies from Nassau County gathered together to celebrate Tank! Although Tank has already been on the job with the Nassau County’s Sheriff's Department since June, the ceremony was a great opportunity to officially send Tank off to his new life in law enforcement.

*If you haven’t already heard about Tank’s unique placement with Nassau County Sheriff's Office, you can read more about his work as their Officer & Employee Wellness and Community Relations Dog here!

While we were thrilled to bring representatives from many parts of the PSD puzzle together–inmate-trainers, weekend raisers, Lowell staff, the Shamrock team, PSD board members–the event was held inside Lowell’s visitation room, which limited the number of well-wishers we could invite. We know there are many more people who are proud of the work Tank is doing. Luckily, the administration at Lowell allowed us to bring in a camera! So, we have lots of photos from the event to share!

Tank typically splits his workdays between Captain Renee Graham’s office in Special Operations and Captain Kay Lynn Crews’ office at the county jail. In just a few months, he has already worked out a schedule. In the mornings, he wanders the hallways leash-free, greeting his friends in different departments. Later, with Captain Crews, he takes himself to the medical office where he is allowed one approved treat. The deputies and civilian employees know they are supposed to make him work for his treats, so Tank stays in good practice with his “my lap” and “kiss” commands. But it’s not all treats and pets for Tank.

In his job as the department’s Community Relations Dog, Tank has helped kids adjust to their first days of kindergarten and middle school, rode in the homecoming parade, and visited a little girl who couldn’t attend the sheriff’s trunk-or-treat because she was starting chemotherapy. Captain Crews said that Tank is a local celebrity and is often recognized by the public even when he’s not working. Of course, Tank loves the attention. His role as Officer and Employee Wellness Dog is maybe the more serious side of his job, although, with Tank, nothing can be too serious.

We all depend on law enforcement to keep our communities safe, but we don’t always see the toll that responsibility puts on the officers and deputies. In Nassau County, Tank sees it. When someone in the department is having a hard day or a bad moment, Tank is there with his big, goofy grin and all of that fur to cuddle. According to Graham and Crews, he seems to know when someone needs him and seeks that person out. During her speech at the graduation ceremony, Captain Graham told us that Tank’s forever smiling face was a welcome distraction during the difficult multi-day search for the man accused of shooting deputy Joshua Moyers in September. At PSD, we never imagined Tank would be put to work in such a tragic situation, but we are proud to know that he did his job when he was needed. The good thing for Tank is that “doing his job” really just means being himself.

There was a time when Patriot Service Dogs worried that we might not find the right placement for all 110 pounds of Tank; he was too big for most people (and cars), too fluffy for the Florida heat, and too sensitive for some service dog tasks. We could not have imagined that the job Tank was born for was waiting for him just a few hours up the road. Of course, Tank didn’t worry, and somehow all of the pieces fell into place. Today, Tank is happy, he is doing important work, and as his graduation showed, he is loved.

Patriot Service Dogs thanks Lowell Correctional Institution, the Nassau County Sheriff’s Department, Shamrock Animal Hospital, PSD Volunteers, and the Women of WOOF for making the ceremony such a success. 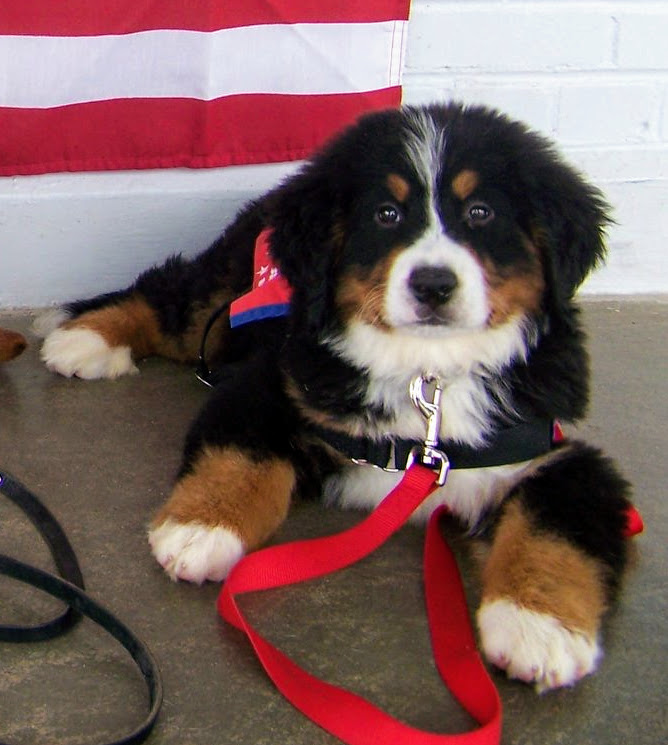 Tank was sponsored by Villagers for Veterans.