October is National Pit-Bull Awareness Month! So, in honor of this celebration, PSD wants to address some common questions we get about pit bulls as service dogs and recognize the incredible story of our own pittie and WOOF mascot, Whitman. Patriot Service Dogs is excited to help spread awareness about this misunderstood breed–and to spread our love of Whit! 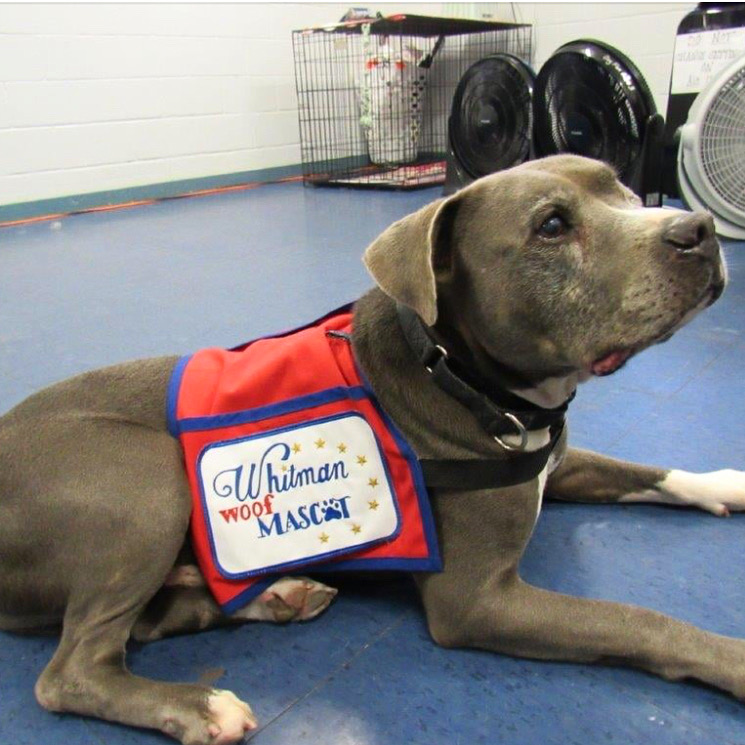 In 2018, Whitman entered our WOOF Program (Women Offer Obedience and Friendship) as one of six rescue dogs from Hailes Angels Pet Rescue. {For more info on the WOOF Program and our partnership with Hailes, click here.} The director at Hailes picked Whitman to go into the program because he needed extra care, he’d just undergone surgery to remove a cancerous tumor and had lost his right eye in the process. The folks at Hailes knew he would receive the close attention he needed with our inmate-trainers. After just a few days in the dorm, Whitman became a favorite among our trainers and the prison staff.

We don’t know the full details of Whitman’s life before he was rescued by Hailes; we know he is an older boy with scrapes and scars, skin issues that were unattended to, and a history of cancer. But despite his past, Whitman held no grudges from the moment he entered WOOF. He enjoyed the attention of his trainers and relished in the air conditioning of the officer’s room. Soon, his eye healed but it was clear that he still needed special care, so he stayed in the program through the next class of rescue dogs. Then the next. And eventually, Hailes, PSD, and WOOF agreed that the safest place for Whitman to lead out the rest of his life would be prison, where he is loved and spoiled by all. So, WOOF adopted Whitman and he officially became the program mascot!

As mascot, Whitman greets all new classes of rescue dogs from Hailes and shows them the ropes of prison life. He continues to train (when he feels like it), he attends all meetings for both the service dogs and rescue dogs, sometimes he keeps the officers company in their offices, and most importantly he is always there to snuggle. In a program where dogs are constantly entering and leaving our lives, Whitman is WOOF’s one constant and we hope we give him as much comfort as he gives us. 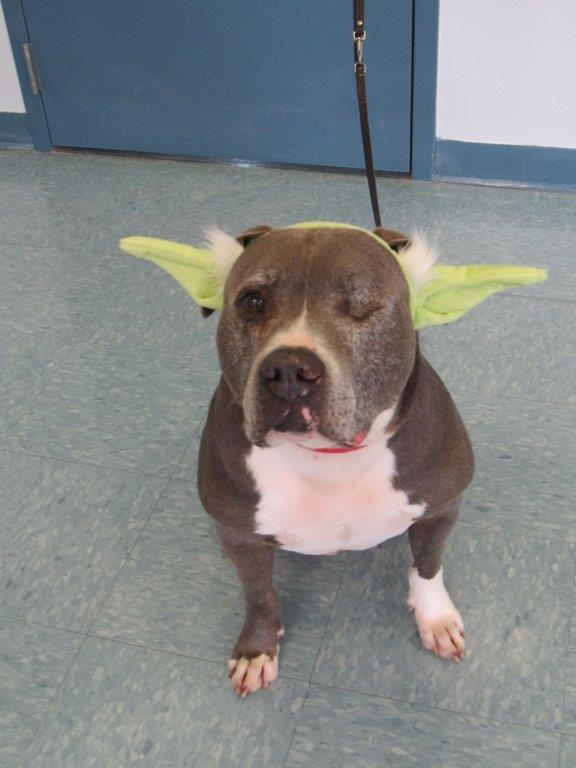 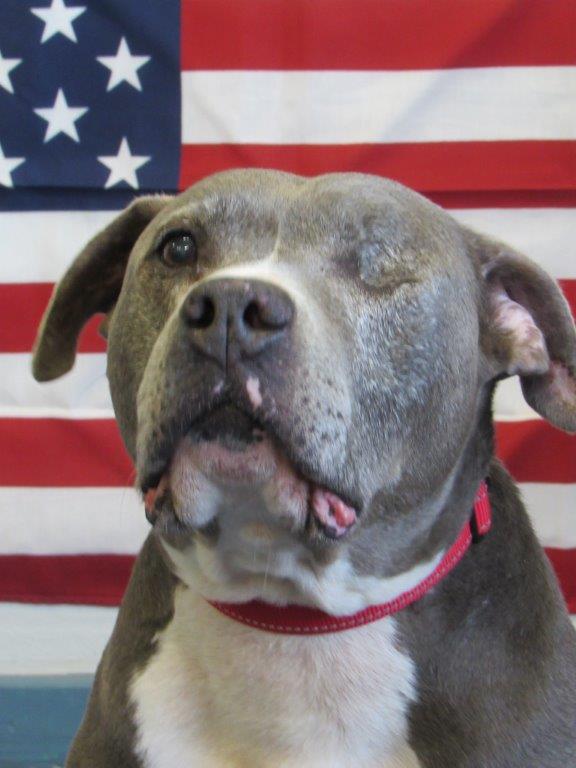 Can a Pit Bull Become a Service Dog?

Yes! Pit bulls can make great service dogs. At Patriot Service Dogs we do not train pitties in our service dog program for a couple of specific reasons. 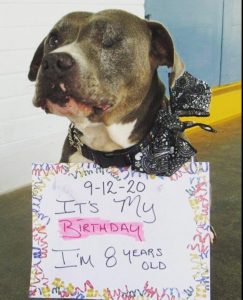 Locking jaws. Inherent aggression. Fighting dogs. All of those stereotypes are wrong.

No dog breed has locking jaws and when tested, the average bully breed bite is the same as other breeds their size like labs and boxers.

According to decades of research from the American Temperament Test Society, pit bulls score in the top 20% of breeds on temperament tests (Border Collies tend to score among the lowest breeds).

As for fighting dogs, or the common misconception that pit-bulls are only good dogs if you raise them from puppies, check out the documentary The Champions about the pit-bulls rescued from football star Michael Vick’s dog fighting ring.